YOUR BLUEPRINT OR DNA INDEED CAN CHANGE!

A fascinating discussion yesterday inspires me to write this long over-due blog on the topic of “the possibility of blueprint change.” Modern science stumbles across an amazing human ability that changes how we perceive and understand current DNA facts.

Being dedicated to the study of TCM (traditional Chinese medicine) and fusing old wisdom into modern applications based on current science, confronts me often with inherited stubborn perspectives or a dismissive attitude towards the reality of physical possible changes: Many ancient theories are now fingerprinted, researched and provide a modern understanding of physics, that we must embrace as true. These confirmed claims of thousands-year-old scripts open up avenues for medicinal treatments supporting today’s medical treatments.

Combined with discoveries that the limitations of physical life have changed from what we understood even ten years ago, a doctor graduate today will have learned that the placebo effect is as important as the advances of modern medicine. Although we cant scientifically explain the phenomena of this fact. We respect today that positive encouragement and interaction lead to a preferred patient outcome. Yet, with our limited understanding of how a mind can manipulate physical changes, the documented results presented to us are unexplained.

Neuroplasticity is a fascinating topic in treating spinal injuries with Acupuncture, even when Western Medicine dismisses it as permanent brain or nerve damage… I have personally activated positive outcomes with acupressure on the scalp (tapping, scratching, and flicking) of clients, helping them find instant relief for headaches, muscle pain, and depression. I know that an experienced acupuncturist must do what a classical doctor could only explain as a miracle. Imagine we would combine both pearls of wisdom, activating and deactivating neuro-responses, to dramatically improve what is falsely assumed to be “permanent” tissue damage?

Sure, most of us would say, “we know, the unexplainable exists…” but as a physicist, biochemist, virologist, or anyone dedicated to conclusively understand how matter interacts and changes, one cannot just simple adapt a philosophical claim: We want the science, the documented physical facts.

In the discussion yesterday, we pondered how science then would change if the above is proven true! In fundamental DNA science, all life on earth can be pinned to twenty amino acids, representing physical life with these basic structures and their molecular information-loaded nucleotides. Yet, there might be more to it… Could there be more than just 4 (four) genetic alphabetic letters? Although we have slowly adapted that human DNA can alter during a lifetime (disregard the fact that aging protein weakens and cell formations disrupt…), there are unique studies that exposed significant changes in DNA coding of people that seemingly defies standard principle. External influences like radiation and the constant consumption of poison will change sequences and RNA mutational zipper outcomes, showing that original DNA can cause trouble in cell splitting. I am talking about the “impossible” changes that are now studied: When dead heart tissue has re-grown of patients without the influence of hematopoietic cell transplantation. (Human altered cells from DNA foreign donors zipped with damaged RNA of the receiver to correct or alter the disrupted mutation). The hard-to-comprehend DNA changes that occur after gemline DNA insists on changing eye color or marking expected inherited codings: We are aware that people self-altered parts of their sequences – mid-life!

(read my blog about the Spleen)

I edged the discussion further, a fascinating topic on the notion that DNA memory could trigger a metaphysical experience. I was explained that because we are by DNA partially designed by the ancestry hereditary protein formation mentioned above, this inherited “code of information” would bound us so strongly with our ancestry that my friend was convinced he had “déjà vu” like “feelings”  – committed of having experienced something that through the discussion warped into either soul, feelings or even “unexplained reality…”

That’s when we stopped drinking. I’m troubled when “God” or “soul” ends up in discussions; it really pulls the floor of reality from beneath… (or above?) and makes for very confusing debates. The topic quickly drained into: “you don’t see that, do you”  and the silly dismissive notion: “ …what school did you go to…?”

It ended with “…you really believe this, do you?” I loath conclusive questions that impose the answer. 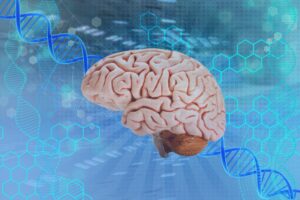 I believe it! I actually was convinced as a child that everything was fluid, all formable, water, stone, and minerals. Fire contains water, as does water contain metal, and the “magic” was the interchangeability of  all matter even with the unexplained what we often call “feelings.”  Later in life, I learned that the emotions did trigger physical reactions, causing the burning of energy and expressing itself in blushing, euphoria, skin hives, or causing us to buckle or weep! Even the fact we have empathy can be pinned to a bacterial infection, somewhere way back in the past…

While this has been known in TCM for thousands of years, it challenges modern science to “formulate” it into a mathematically acceptable algorithm. How come some “heal” beyond science logic? I don’t need proof beyond what I have experienced. Still, I respect my “laboratory friends,” who only find comfort when a mathematical code can be printed in a medical journal.

In conclusion: Your DNA has not predetermined a sequence that would tell us your life by birth. (Besides, we only understand about 9% of the whole chain…) Since you are matter, what you eat, inhale, see, combined with the circumstances of your territory and the choices you make – you have a dominant connection to yourself and within, you can manipulate and indeed change the outcome of your coding’s destiny significantly.

For my next discussion, we need to drink less. I went home! Either way, I awoke this morning happily, realizing none of this changes my basic DNA coding.